Abellán was 3rd on the two point-paying days, while Sara Trentini took the win on the opening day and a 2nd on day 2 in Trial2 Women. Jaime Busto was 4th on day 1, same result as Dignan in Trial125 on Sunday. 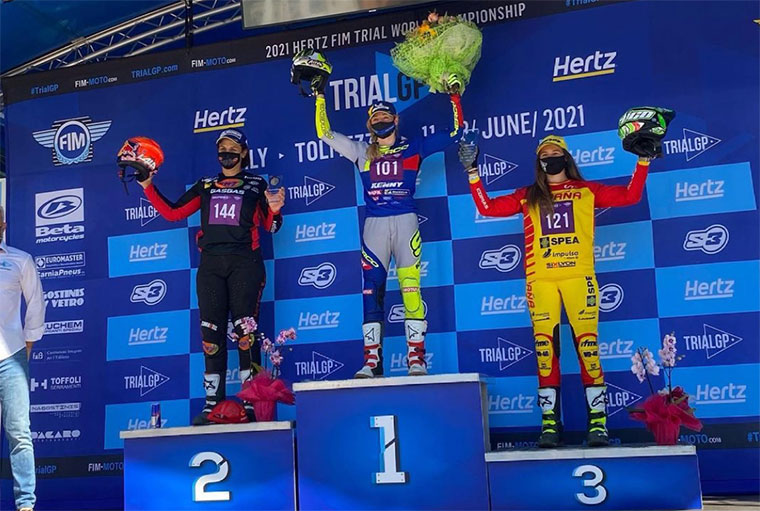 The 2021 TrialGP World Championship season got underway this weekend in Tolmezzo, Italy, with a great number of Vertigo riders taking part at this opening event of the international campaign in the TrialGP, Trial2, Trial125, TrialGP Women and Trial2 Women classes.

In the premier class Jaime Busto started off his World Championship campaign with a 4th and a 7th. On the opening day he held a race-long battle for the last step of the podium which he finally missed by only 4 marks. His 26 marks on lap one dropped to 18 on lap 2, but it wasn’t enough to beat local rider Matteo Grattarola for third. On Sunday Busto performed well in the early stages at the helm of the R3 to put himself right into contention for Top 3 spots, but if on the previous day it was his second lap the one that brought him podium chances, this time around two fives at the last part of the race made him lose ground with the front-runners to eventually finish in 7th place, which means he left Italy in 6th place in the overall standings.

The Trial2 class was stacked in Italy with a great number of young and talented riders. On Saturday, Hugo Dufrese finished in 13th after struggling to find his pace on lap 1 with 32 marks, then the Frenchman recovered some of the lost ground with an excellent performance on lap 2, only 16 marks. Pau Martínez, 2020 Trial125 World Champion, who was making his debut in Trial2 this weekend in Italy, finished day 1 in 17th place. Yohito Takeda, also making his first outing on a World Championship event was 22nd. 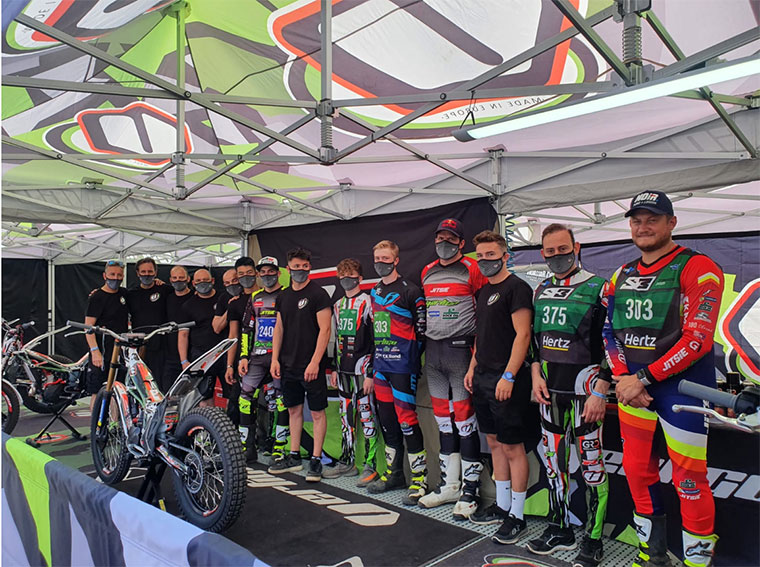 On Sunday Dufrese delivered two strong laps of 26 and 20 marks to break into the Top 10 with a positive 8th place. Pau Martínez finished in 19th place, young Norwegian Mats Nilsen was 24th, while Yohito Takeda ended up in 32nd.

In the Trial125 class Ben Dignan left Italy with a 6th and a 4th. On Sunday the battle for 3rd was on since the very beginning and it was finally decided by the number of cleans, as Dignan and his rival ended up tied in points. Nil Riera was another Vertigo rider making his debut in the World Championship and was able to round out the Top 20 on Sunday to better his 22nd from the opening day.

The 4 podiums for Vertigo in Tolmezzo came from Berta Abellán and Sara Trentini. Abellán put in two strong performances to finish 3rd in both days of competition, finishing only one point away from 2nd on Sunday. In Trial2 Women Sara Trentini was victorious on day 1 in her return to the World Championship and 2nd on Sunday.

Next stop in the TrialGP calendar is scheduled in Charade, France, the 3rd and 4th of July.