The entries are in, the battle lines have been drawn and the best riders on the planet are putting the finishing touches to their preparations for the 2021 Hertz FIM Trial World Championship that gets under way at Tolmezzo in Italy on June 11-13. 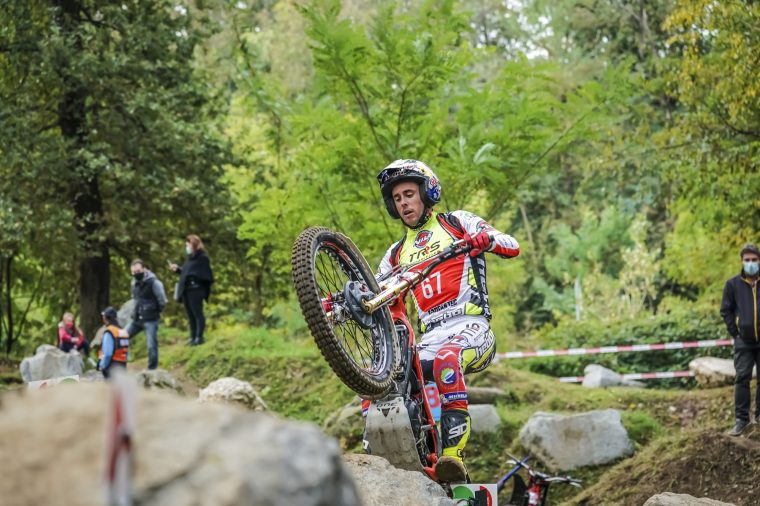 Following the cancellation of the rounds in Japan and the Czech Republic due to the ongoing pandemic, the Italian TrialGP has been promoted to the prestigious status of series-opener when we will see some familiar faces, a selection of bright new talents and the long-awaited return of a bona fide legend of the sport!

Entries are quickly returning to pre-pandemic levels with 12 men entered in the premier TrialGP class, an even healthier showing in TrialGP Women, incredible turn-outs in the Trial2 and Trial125 classes and an entry in Trial2 Women that is nothing short of extremely positive.

Of course, the trial powerhouse of Spain is fielding the most riders but a total of 12 different nations are represented at the opening round competing for eight different manufacturers with the USA’s Maddie Hoover (GASGAS) one of the most far-flung competitors.

Names like defending champion Toni Bou (Repsol Honda) – who is aiming to take a jaw-dropping 15th straight TrialGP title – and his long-time adversary and fellow Spaniard Adam Raga (TRRS) speak for themselves. Fans are also familiar with Japanese veteran Takahisa Fujinami (Repsol Honda) and up-and-coming Spanish star Jaime Busto (Vertigo) with the TrialGP entry reading like a who’s who of top-flight trial.

The biggest commotion, however, surely comes in the TrialGP Women category where the legendary Laia Sanz (GASGAS) has announced her return to challenge seven-time champion Emma Bristow (Sherco). The Spaniard dominated the feet-up female side of the sport from 2000 until 2013, winning a record-breaking 13 titles before switching codes to rallying where she regularly mixes it with the men and finished 17th overall in this year’s Dakar Rally.

“I’ve wanted to come back to trial for a long time now,” said Sanz. “I have always loved trial and to have the possibility to return with GASGAS is just perfect. The bike works so, so well, so rather than testing I’ve been able to focus on regaining the skills needed to compete at the highest level and I feel like I am getting there now.”

Only time will tell whether her move to a speed-based discipline has affected her trial skills but she’s undoubtedly another threat to Bristow’s title aspirations along with the Spanish pairing of Berta Abellan (Vertigo) and Sandra Gomez (TRRS) who pushed the British rider hard last season.

In total there will be 10 scoring days this season spread over six rounds with double-header events in Italy as well as Andorra (August 20-22), Spain (September 10-12) and Great Britain (October 8-10). In addition there will be two single days of points-scoring competition in France on July 3-4 and August 28-29.

The TrialGP and Trial2 classes will be in action at all rounds with TrialGP Women and Trial2 Women competing in Italy, the first French event, Spain and the Saturday before the Trial des Nations in Portugal on September 17-19.

Trial125 competition takes place in Italy, Andorra, the second French round and Great Britain and the TrialE class will compete at both French rounds and in Andorra.

No Plans to Register Off-Road Motorcycles