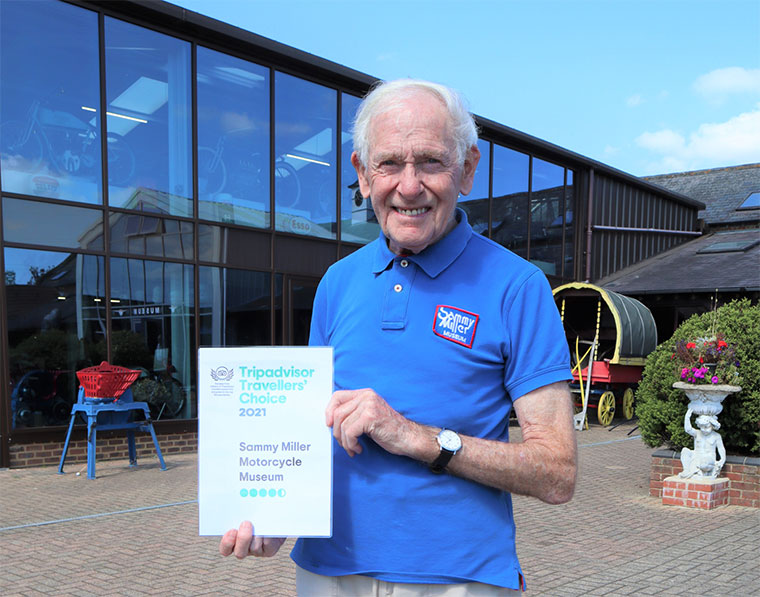 What a wonderful accolade for a motorcycling museum to be on the world map!

Sammy Miller MBE is delighted that the amazing Sammy Miller Motorcycle Museum has been recognised as an award winning attraction, placing the New Milton based museum firmly on the world map as a destination of choice.

The Sammy Miller Motorcycle Museum has been honoured with the Travellers’ Choice Award, placing the museum in the top 10% of attractions to visit, worldwide!

Reflecting on the award, Sammy says “I am extremely proud that our New Milton based Motorcycling Museum has been honoured with this award and that motorcycling itself has been recognised as world famous attraction”.

The museum’s recent 10,000 sq ft extension, officially opened by the Duke of Richmond and Gordon in July this year, has only added to the amazing presence of this magnificent attraction.

The Travellers’ Choice Award celebrates attractions that consistently deliver fantastic experiences to visitors from around the globe, gathering reviews from 878 million reviewers, viewed in 49 countries and 28 languages.