Returning to form following two challenging rounds of X-Trial World Championship competition, Benoit Bincaz finished a strong fifth at the fourth round of the series – X-Trial of Barcelona – to match his top-five result at the opening event of the 2022 X-Trial series. 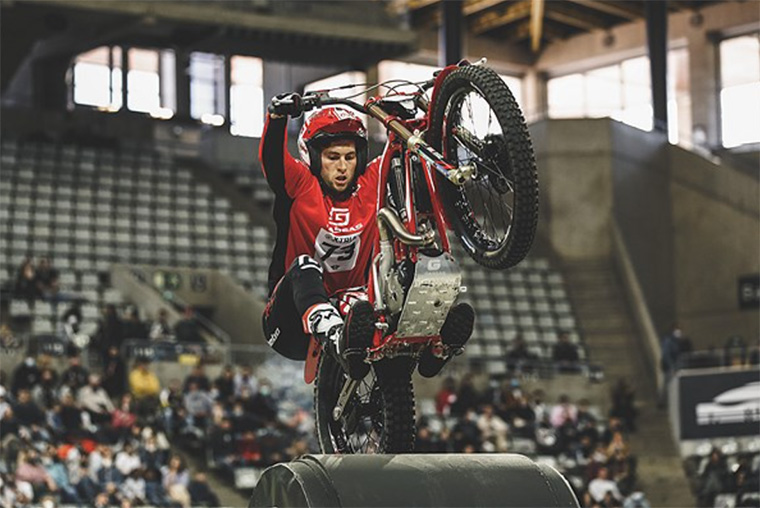 Benoit Bincaz: “Like at the opening round of the championship in Nice, it’s great to have made it through to the second round here in Barcelona, and to have been close to the podium, in fifth. After my positive start to the championship, it was frustrating that things did not go so well at the second and third rounds, which is what makes this result a positive one. I’m not totally happy with my riding because I did make some mistakes, but overall, I’m pleased and really enjoyed the event.”

The second rider to take to the floor for the event’s first round, Bincaz made a positive start with just two marks lost on the opening section. Dropping a further five marks on sections two, four, and five, and three marks on section three for a total score of 20, the Frenchman made the cut into the night’s all-important second round.

Again, the second rider into the five sections behind Norway’s Sondre Haga, Benoit, like all but one of his rivals, scored a five on the opening section. Delivering one of his best rides of the event in section two, Benoit matched the lowest score of all competitors with just two marks lost, before earning a five on a highly challenging section three. Riding well to claim three marks lost on the penultimate section four, with a five in the fifth and closing section, Bincaz claimed a total of 20 marks lost, placing him fifth, just seven marks from a place in the three-rider finals.

With the 2022 X-Trial World Championship now taking a six-month break ahead of the final two rounds in Andorra and France, Benoit Bincaz, Miguel Gelabert, and the GASGAS Factory Racing team will turn their attentions to preparations ahead of the opening TrialGP World Championship event, which is set to take place in Spain on June 10-12.

Albert Cabestany – GASGAS Factory Racing Trial Team Manager: “Benoit’s result and performance has been a positive step forwards following two difficult weekends of X-Trial competition. He didn’t have the best of luck at the last two rounds, so to recover some confidence here has been important. Fifth here, like he was at the opening round, is positive. Of course, it could have been better, the podium was not too far away from him, but starting as the second rider into the sections on each lap wasn’t easy. Now we have two months before the start of the outdoor season. That gives the team plenty of time to practice. Benoit was second at the first outdoor trial championship event in France last weekend, so that was a good start. Together with Miguel Gelabert, all the team is looking forward to the start of the TrialGP World Championship.”