Closely-fought win for Toni Bou at Andorra TrialGP Day One 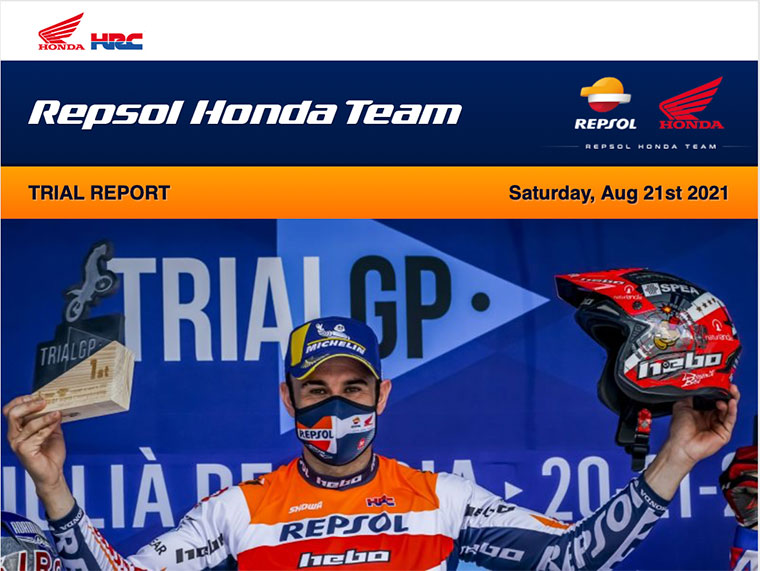 The difficulty level of the twelve Andorran sections made for a closely-fought trial on the first day of competition at the Andorra TrialGP, filled with tough, highly-demanding sections. In addition, several riders were further penalised for exceeding the maximum time limits.

Repsol Honda Team rider Toni Bou fought neck and neck against long-term arch-rival Adam Raga for the triumph throughout the two laps of the Andorran course. Bou and Raga constantly traded places at the head of the table, but in the end it was Toni Bou who claimed the win, in spite of finishing on 46 marks, the same number as his rival. The tie-breaking factor proved to be the total time taken in completing the route, with the Repsol Honda Team rider finishing one minute ahead. Another fine result sees Toni Bou continue to top the championship leaderboard, now holding a thirteen-point advantage in the general standings.

Japan’s Takahisa Fujinami, who competed in a 350th trial at elite level competition, struggled in the Andorran trial due to the very evenly-balanced field, eventually having to settle for eighth place. “Fujigas” remains in fourth spot overall.

Tomorrow, Sunday, will mark the fifth round of the World Trial Championship season and the second day of the event in the Andorran town of Sant Julià de Lòria. Riders will again face twelve sections over two laps of the same course.

Today I achieved a win at the absolute limit. It was very close, but we never threw in the towel at any time and battled until the very end. At first, Adam Raga was only two points behind, then we drew level and he even passed me at one stage. Finally we finished, tied on points and I was able to win because of a better overall time. It was very tight and Raga made things really difficult for me, so I’m all the more happier with this victory and even more so because it was here in Andorra. That means a lot to me.

The truth is that today the trial was pretty tough. There were sections that almost everybody fived. On the second lap I tried to improve, but it was quite hard because if you took too many risks it was very easy to get penalised. The bike is working well and the team is also working hard, so I’m motivated to keep improving in tomorrow’s trial.

Here in Andorra it’s always complicated for us and today we suffered a lot, because everything was really tight right up until the end. Finally we got the win with Toni, so we are very pleased. Fujinami struggled a bit today and finished eighth in a category that is tight and even tighter with such a selective trial like today’s. Thanks to all the team for the great work, tomorrow we will go out to try to win again as always. 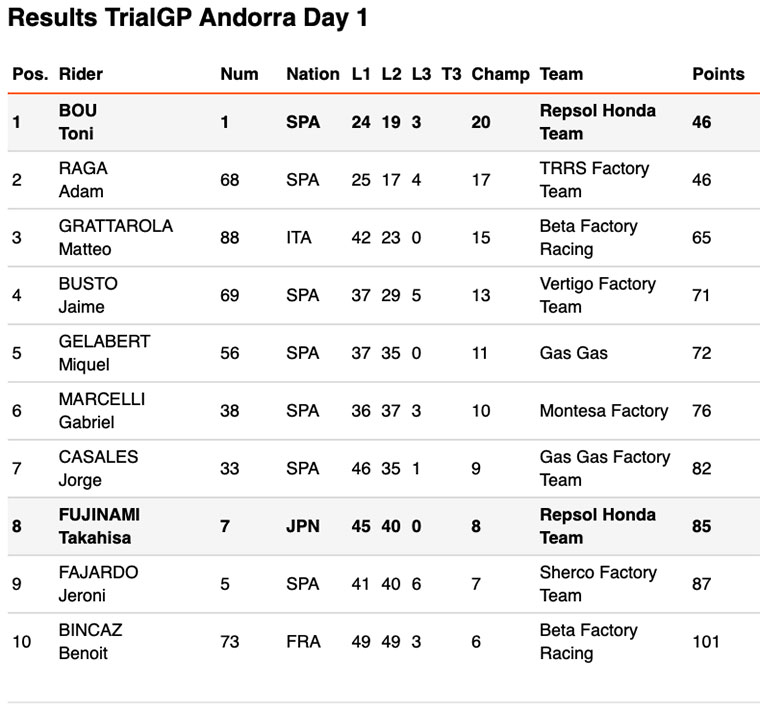 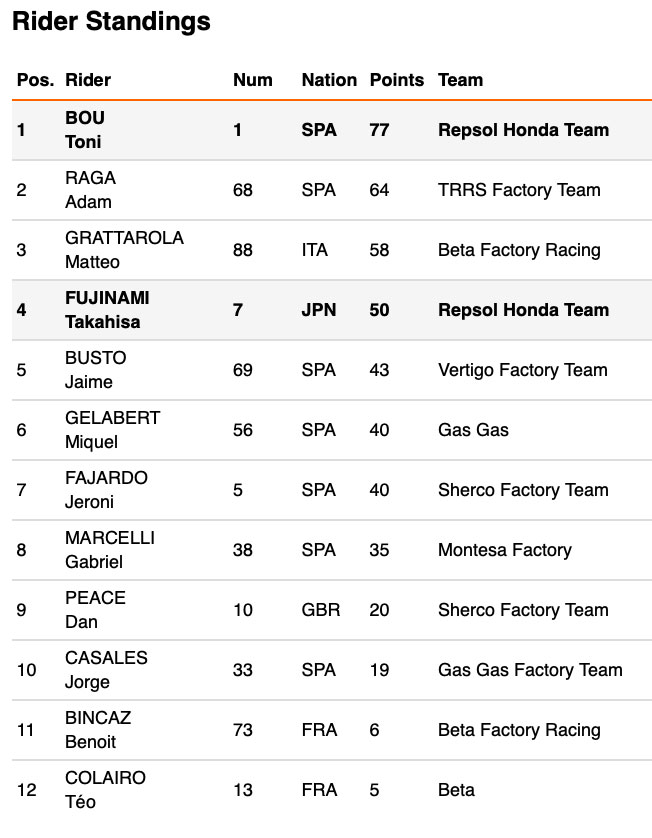 Tight at the top!