EM at the SSDT

SSDT, a racing experience: in order to put our pilot Gaël Chatagno, a real newcomer in this event, in the best conditions.
He was accompanied all along the race by Matthew Alpe, our English importer, himself an experienced pilot and well-proven over a wide range of tests. 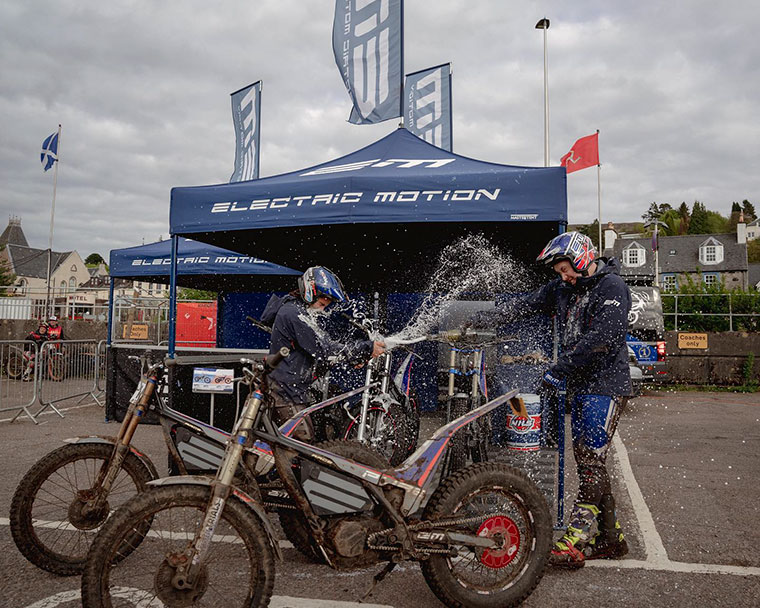 To sum up, 2 motorcycles in the race, 2 motorcycles at the finishing line, in perfect conditions, without any problems encountered. Flawless logistics and organisation, despite the fact that “it was tense at times”, allowed the 2 pilots to finish on time.

Participating drivers, audience, an organisation conquered by the level of performance of Gaël and his Epure bike extremely close to the series, simply perfectly prepared for the specificities of the event, by our technical director under the wise advice of Marc Colomer. 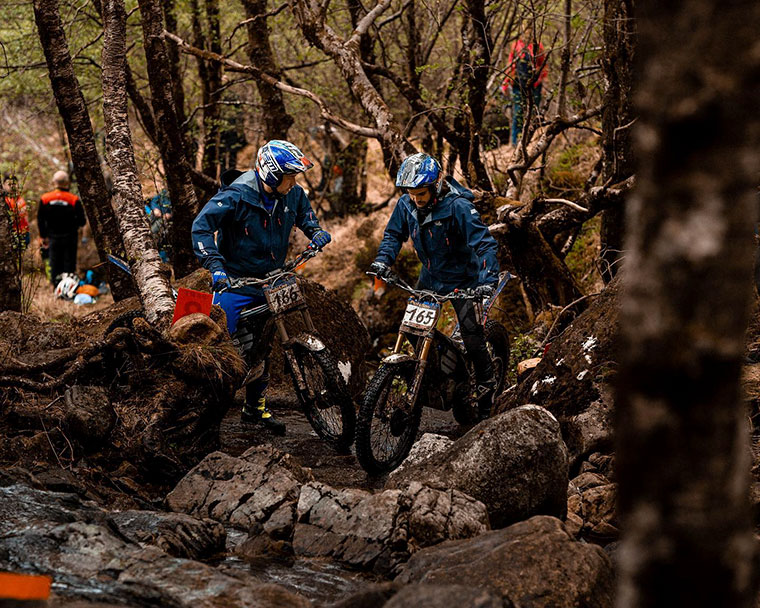 Our goal was to get into the top 20. Gaël finished in 19th place and won the “top 50” award, for
your information, Matthew finished in the first third of the classification.

For the whole team, it’s like a small dream come true, to see our work compete in a real natural environment like Scotland and its streams, where the sound of water babbling became louder every time the pilots passed. 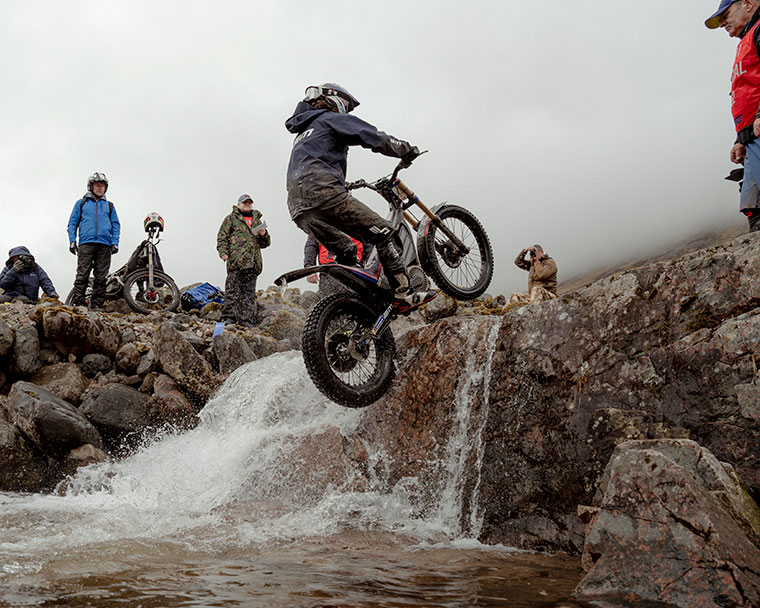 EM AND THE FAMOUS SSDT
Scheduled 2 years ago, participation in the world-famous Scottish Six Days Trial finally got back on the right track this year.
For this special 2022 edition of the event, we were finally able to put our bikes to the test, in this race
considered to be the most difficult, longest and the most challenging for machines as well as riders.

Since the beginning of our company’s journey, we have constantly been seeking challenges, firstly to test our various services as a priority as well as to give the best of our bikes, but also to show that our
achievements should not be marginalised in tests or rankings.*
*Reason also why, this year we will see Gaël Chatagno compete in the Trial 2 category in the world Championship.
On this occasion we would like to thank the FIM for having taken Into account our Justified wishes expressed for several Years.

It should also be noted that in terms of electrical energy, Scotland is a great example as an European country, where the whole territory can take advantage of large green energy. This meets
97% of the energy requirement.

Our batteries were recharged thanks to the wind, to the water. 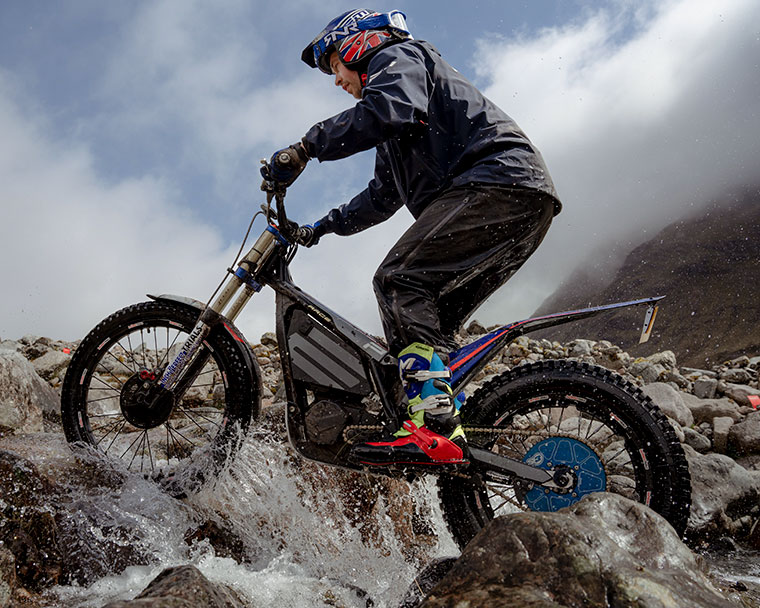 Gael shares his feelings
“It was a great week and a great experience! It’s a mythical race, I’ve heard about it since I was
very young. It’s like a dream come true.
It was 6 long days, with inter-zones sometimes of more than 180 km/day in the midst of the mythical
Scottish moors that challenged us to cross through avoiding bogs.
The bike ran perfectly fine. Didier got the bike ready perfectly for this extreme race. Zero problem, we arrived on time every day whether it was me or Matthew Alpe, as well as all his team from Inch
Perfect Trials who put me in the best conditions, to finish the days as easily as possible, joining the race
without worrying about logistics.

A great week with some days when things went a bit tougher like Thursday with lots of rain and a very
long and difficult inter-zone.
We achieved our goal, that is to finish in the top 20 (19th), best foreign driver (and therefore 1st
French). I also received an award for my 1st place in the “up to 200 cm3” category, and also top 3 in
the newcomers category.
The first in electric motorcycle, I hope people realise what it is, in such challenging conditions.
Both bikes worked perfectly, Matthew’s and mine. The use of the PRB “R” was very important to recharge the battery on the descents.
When I was tired, I let the bike run on the torque without holding the clutch. It’s a great advantage
with its traction, without being afraid of stalling.
It was a great team effort, Matthew had experience in this race which I could learn from, he finished in
the first third and this is a very great result.

In terms of the batteries, we had fairly tight logistics because we had to systematically recharge the
batteries as soon as our assistance picked them up at the “petrol” pit stop.
It was amazingly done because there was a systematic turnover where we gave them to the army
in the evening and to find them later at the fuel stop.
A wonderful experience!