The 2023 FIM X-Trial World Championship will open with the famous X-Trial Barcelona in February, and close with a return to La Réunion in mid-November. In between, the Championship’s promoter Esdeux will take the series to not only the sport’s heartlands in Spain and France, but also Austria and Andorra la Vella. 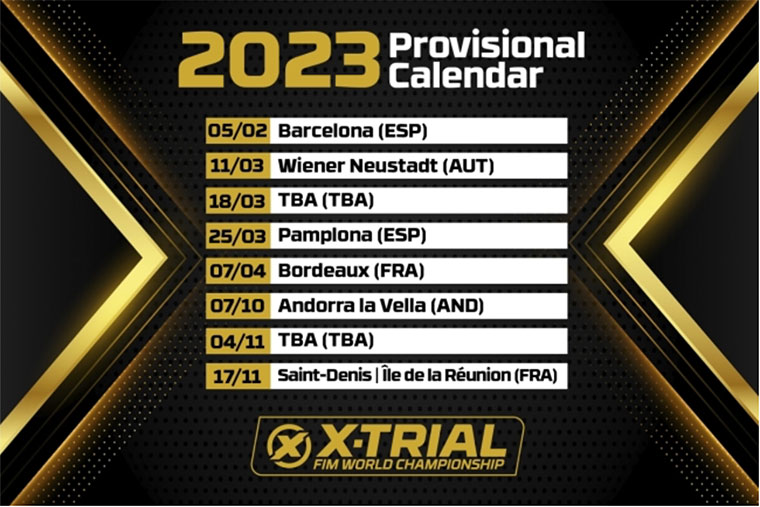 Fans can look forward to the fourth staging of X-Trial Wiener Neustadt, the lone Austrian Round, which last appeared on the calendar in 2017.  And the Championship will also make its second visit to Saint Denis on the island of La Réunion in the Indian Ocean, where the 2020 season opener was held. Pamplona and Bordeaux also appear on the World Championship calendar for the first time.   The dates and venues for the eight events that appear on the provisional calendar are as follows: