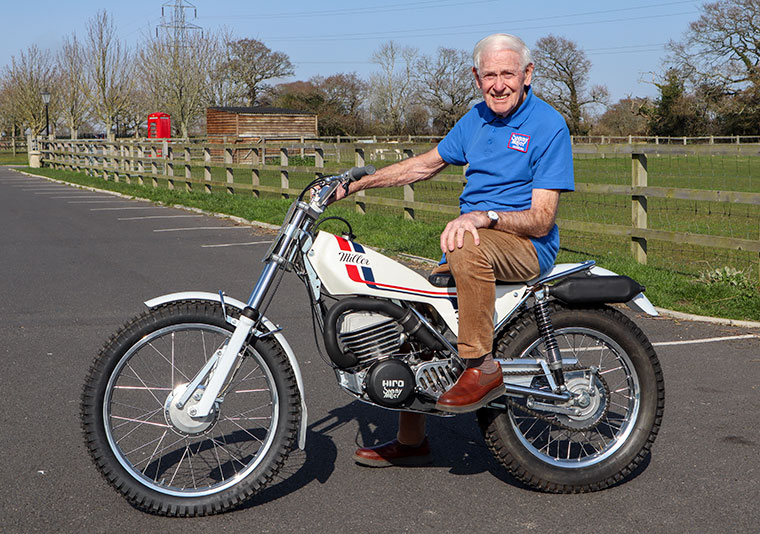 It’s a little known fact, but Sammy once designed and manufactured a trials bike, with the intention of mass-producing it for the worldwide Trials market.

The name of his creation? You guessed it…. The ‘Miller’!

In 1978 Sammy teamed up with Andrea Mosconi at Hiro, who supplied the engine, to build his perfect trials machine. The Miller was the culmination of Sammy’s many years of competing at the highest level, whilst constantly maintaining, improving and innovating his bikes. 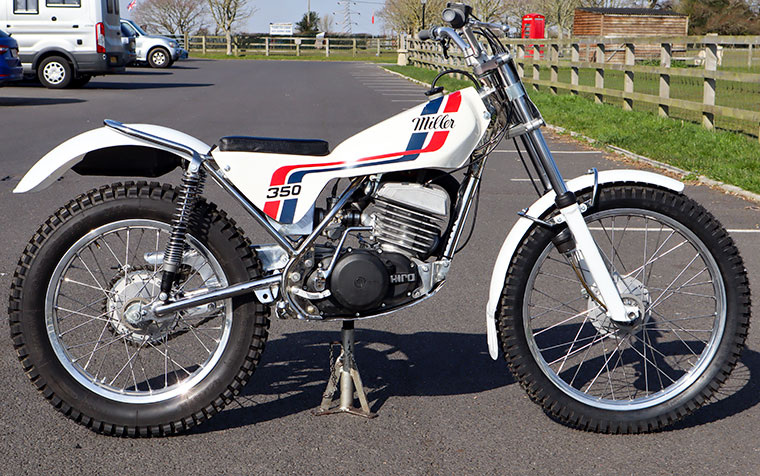 Following his time working in development for Honda, Sammy decided to turn his hand to manufacturing his own trials machines.

Sadly, the Miller was never destined to be more than a prototype, despite proving to be very successful in competition, with John Metcalfe and Sammy chalking up many wins.

When Sammy and Andrea Mosconi decided not to go into production, Mosconi approached Armstrong with the Miller, which led Alan Clews to being brave enough to manufacture the Armstrong. 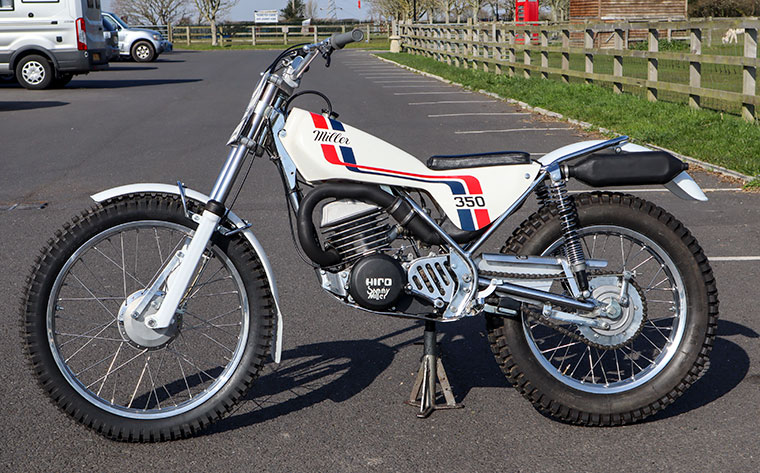 The Miller has been in storage for many years but has now been meticulously restored to its former glory and is proudly on display alongside the other 500 motorcycles in Sammy’s world famous museum in New Milton, Hampshire. 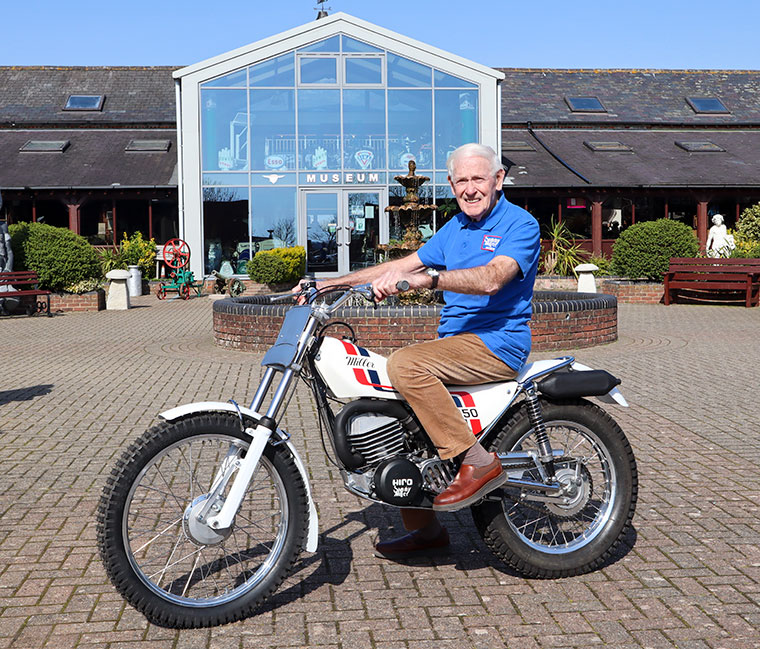 Spain at the double!