The show begins in Nice! 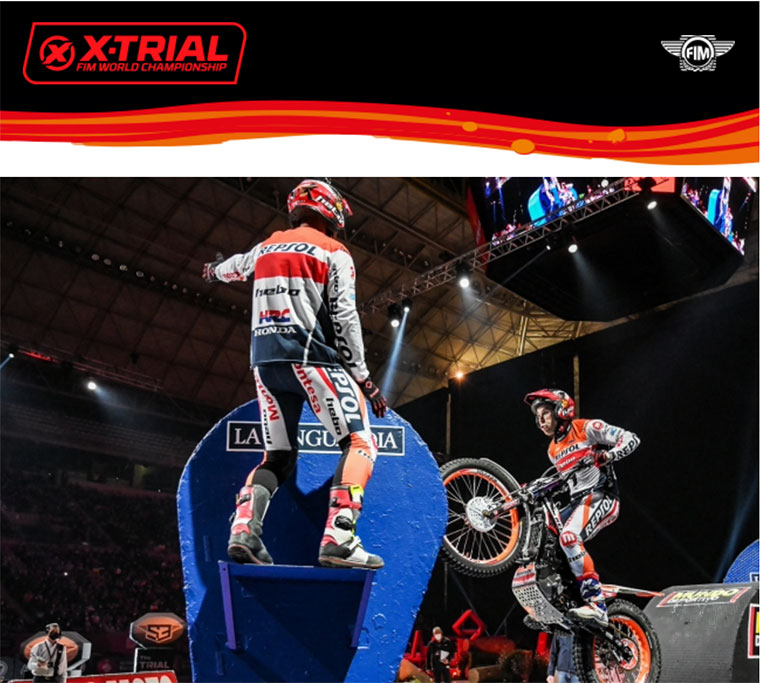 A regular venue for the X-Trial of Nations in recent years, Nice will provide a typically spectacular and demanding course, while a brand new competition format will add further intrigue to the season opener.  In 2022, eight riders will be gradually whittled down to three podium finishers via two opening laps, each comprising five sections.  Only the top six will qualify for the second lap, which sees the remaining contenders carry over their scores from the preliminary phase.  But the slate will be wiped clean for a head-to-head Final for the rostrum places.

The line-up for 2022 features the top three from the last X-Trial campaign.  Toni Bou (Repsol Montesa-HRC) will begin his bid for an incredible sixteenth consecutive world title, but will again be forced to contend with his closest rivals Adam Raga (TRRS) and Jaime Busto (Vertigo).  Four-times World Champion and ten-times silver medallist Raga has finished runner-up to Bou in each of the last six seasons while Busto, three times bronze medallist, is considered the man from the next generation who will take over from the two veterans at the top in the coming years.

In total five different nationalities will be represented this season, with the lead Spanish trio joined by riders from Italy, Norway, Great Britain and France.  Home hopes rest with Benoit Bincaz, who has finished fourth in each of his three previous campaigns but missed the shortened 2021 calendar through injury; he makes his debut with Gas Gas after leaving Beta earlier in the winter.

Italy’s Matteo Grattarola (Beta), meanwhile, was the revelation of the 2021 campaign, finishing a career-best fourth at X-Trial Andorra la Vella and fifth overall.  His stablemate Sondre Haga is the only Norwegian to have ever competed in the X-Trial World Championship.  And Toby Martyn (TRRS) completes the field, hoping to move up from the world number eight ranking he occupied last year.

Home hopeful Téo Colairo will be the first rider out onto the sections at X-Trial Nice, making his second Wild Card appearance after his World Championship debut at X-Trial Marseille in 2019.

The event can be watched in full via www.x-trial.tv