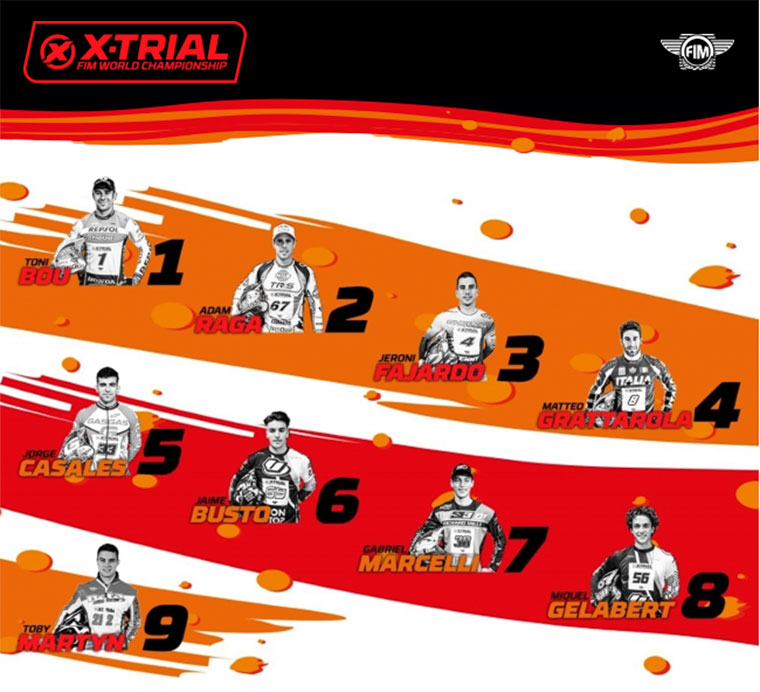 The nine competitors for X-Trial’s visit to Andorra La Vella on 6th November are now confirmed, including eight permanent riders for the 2021 FIM X-Trial World Championship.

14-times World Champion Toni Bou (Repsol Montesa-HRC) will again lead the charge, with a delayed start to the defence of his title following the Covid-19 pandemic.

Bou will be joined for the upcoming campaign by seven of the top eight from the 2020 series, including Adam Raga (TRRS) and Jeroni Fajardo (Sherco) who completed the Championship podium last year.  In total, no less than seven Spaniards are included in the field, with the new generation comprising Jorge Casales (Gas Gas), Jaime Busto (Vertigo), Gabriel Marcelli (Montesa) and Miquel Gelabert (Gas Gas), all of whom have at least one X-Trial podium to their name.

Matteo Grattarola (Beta) is the only non-Spaniard in the permanent line-up, the Italian set for his first full winter season since 2013 after a stunning fourth in the 2021 TrialGP campaign.  Completing the order for X-Trial Andorra La Vella will be Great Britain’s Toby Martyn (TRRS), the newly crowned Trial2 World Champion acting as the Wild Card at the season opener.

Follow all of the 2021 X-Trial World Championship action online, and dip in to the series archive, at: www.x-trial.tv