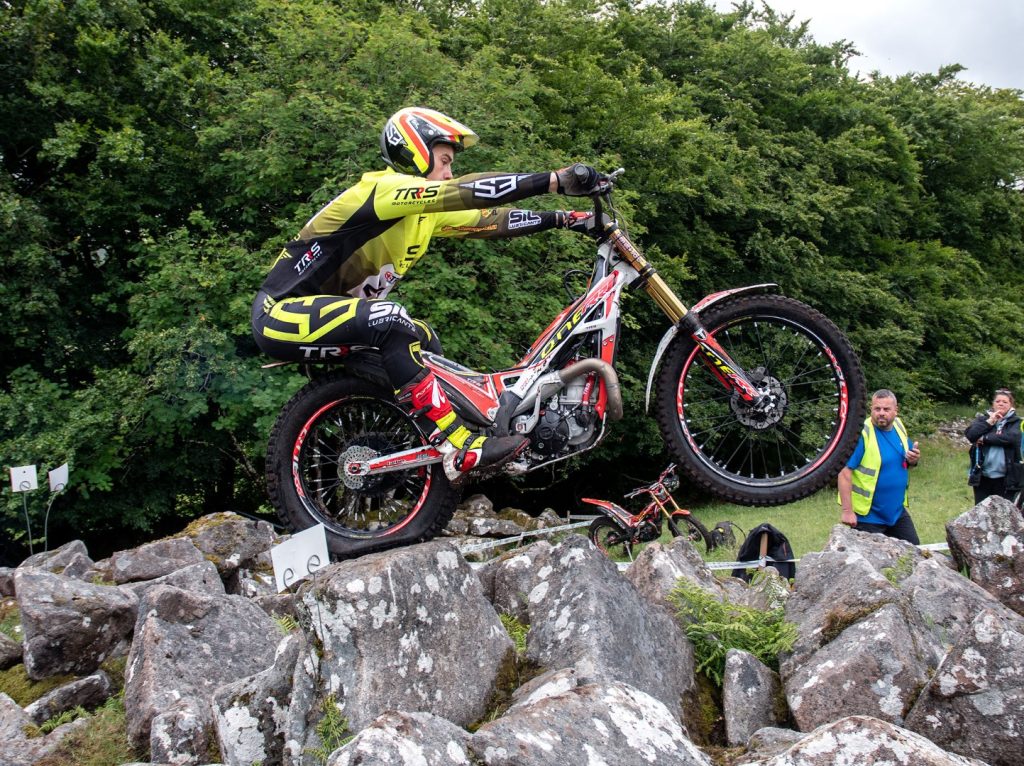 The defending ACU British Trials Champion Toby Martyn (TRRS) moved closer to the current series leader Jack Peace (Sherco) after two wins in the Devon ‘Double Header’ at the weekend. With six of the eight rounds now completed, Martyn is just two points behind in the 2022 championship race.

Rounds five and six of the 2022 ACU Trial GB series travelled to the south of the country and two very different venues. Round five, run by the Torridge & DMCC moved to Peter Tavy, near Torridge has its rocky rivers and exposed headland, before the short road trip for round six to the heavily wooded area of Kelly Farm, Bovey Tracey, and the West of England MC on day two. Entries of just over 50 riders were entered across the Trial GB, Trial 2, Trial 125 and Expert classes who assembled on both days to take in the mandatory 12 section, three lap course in the chase for championship points.

The 2022 championship uses the unique ACU Trial GB marking system introduced in 2020 which includes a one-minute time allowance for each section to be traversed, competitors may stop, go sideways or reverse without penalty. However, going backwards whilst footing will incur a five-mark penalty. An additional championship point is awarded to the best performance lap of the trial to all four classes. The introduction in 2022 of the reverse order for the start positions in the main ACU Trial GB category, whereby the winner from the previous round will be the first rider to start in this class continues. 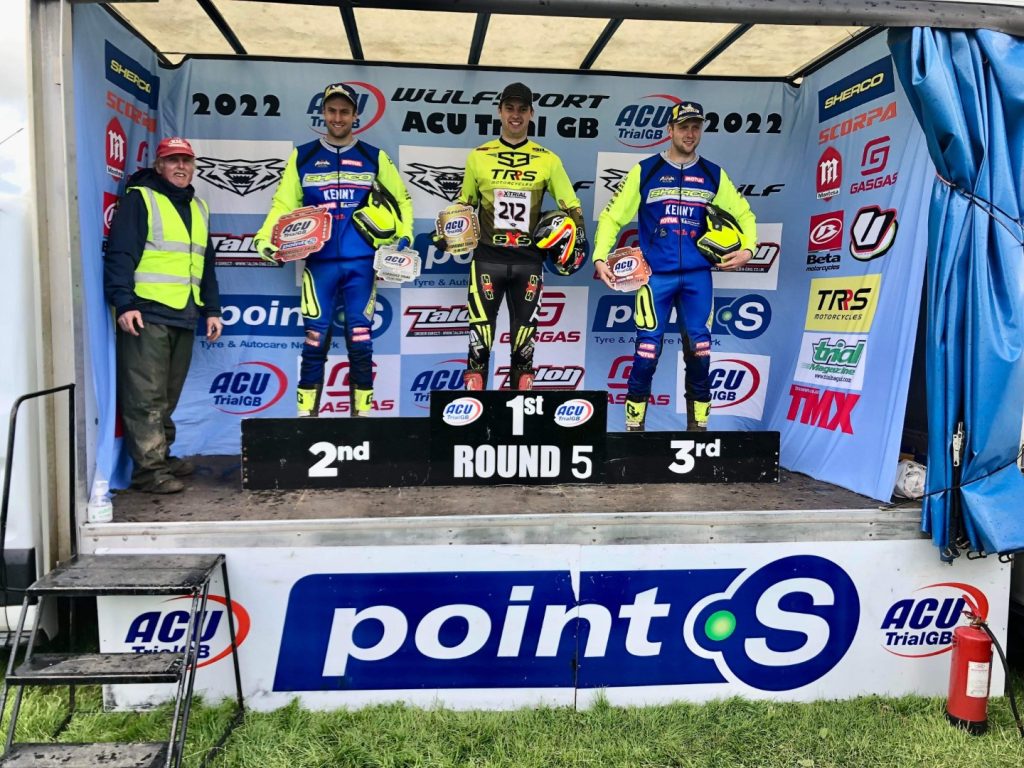 With occasional rain showers and a light breeze, this exposed venue turned into quite a high scoring day with a close fight between the championship leader Jack Peace (Sherco) and the days eventual winner Toby Martyn (TRRS). The opening lap was very much about finding the limits in the sections and Toby held a slender lead over Jack with the scores at 21 and 24. On the second lap Toby further increased his lead parting with 16 marks lost, a score he also recorded on the final lap as Jack parted with just 15 for his last lap to gain that vital extra championship point. 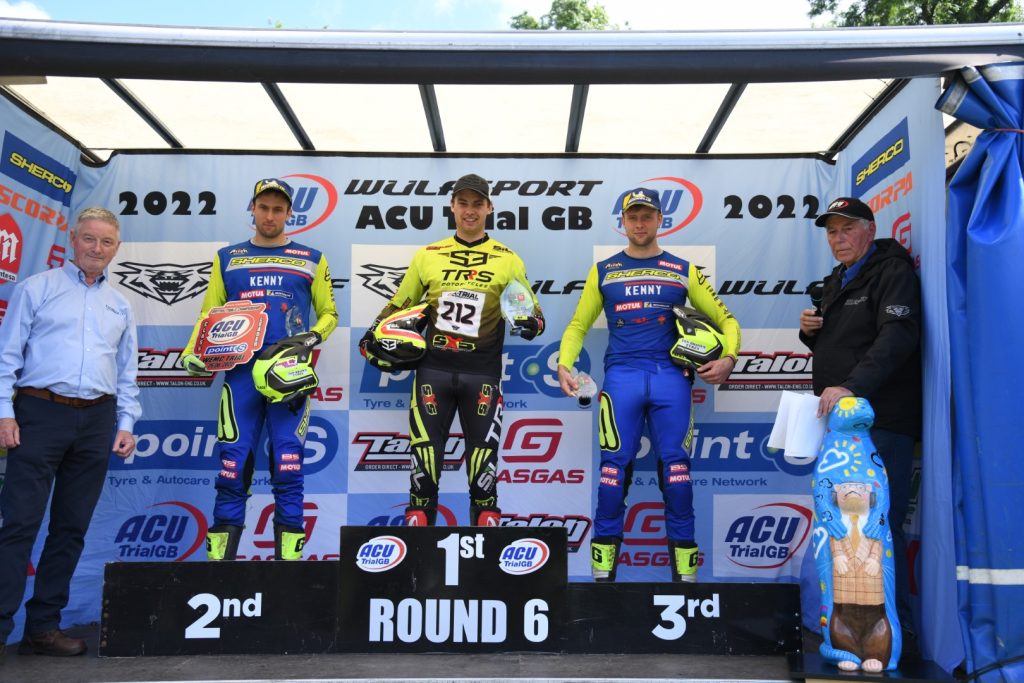 A total change of riding terrain and better weather conditions did not stop Toby Martyn from taking a second win in the woods of Kelly Farm. He did not have it all his own way though as after the first lap both he and Jack Peace were equal on 15 marks lost each. It was on the second lap that Martyn put the hammer down with the only single figure lap of the trial parting with a mere five marks made up of a three and two-mark loss. The younger of the two Peace brothers had no answer and Martyn sealed the win on the final lap taking the extra championship point for his second lap score. 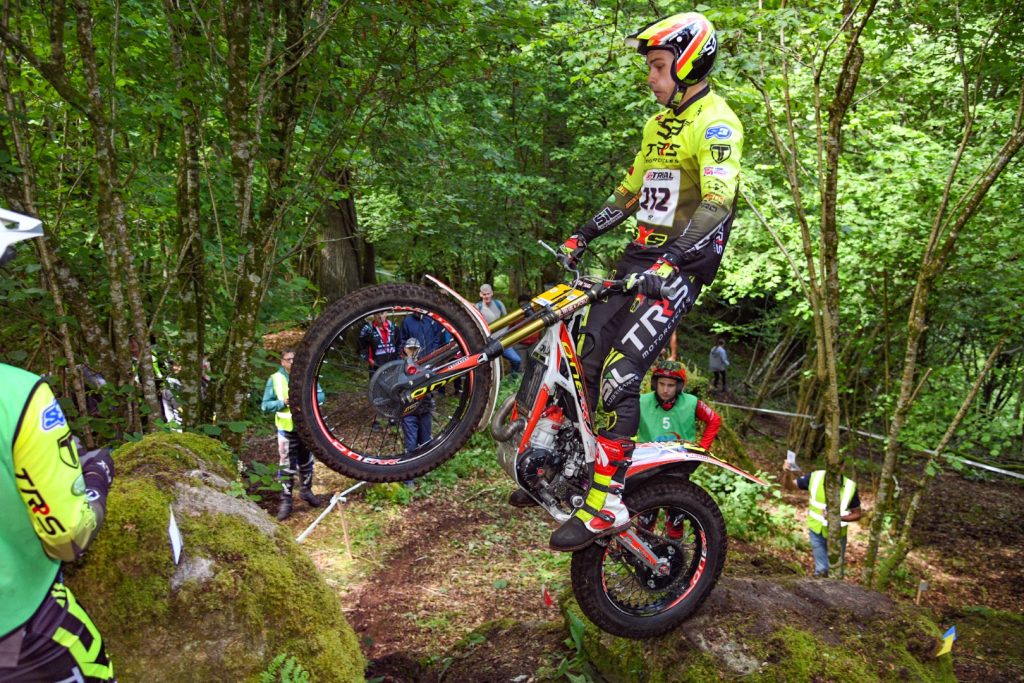 Toby Martyn (TRRS): “I am obviously very happy with the weekends results, especially with the second day where I took a very clear win. The riding conditions on both of the days was totally different but once again it proved vital to have the correct tyre choice. My Michelin tyres gave me the confidence with their superior performance highlighted on a selection of very varied riding conditions. From the mud and rocks found on the day one to the steep wooded areas on day two they gave me the opportunity to pull me right back into contention in the fight for the 2022 championship”.

The championship continues with round seven of eight to be contested at Summerbridge, near Harrogate, North Yorkshire on the 31st July 2022.