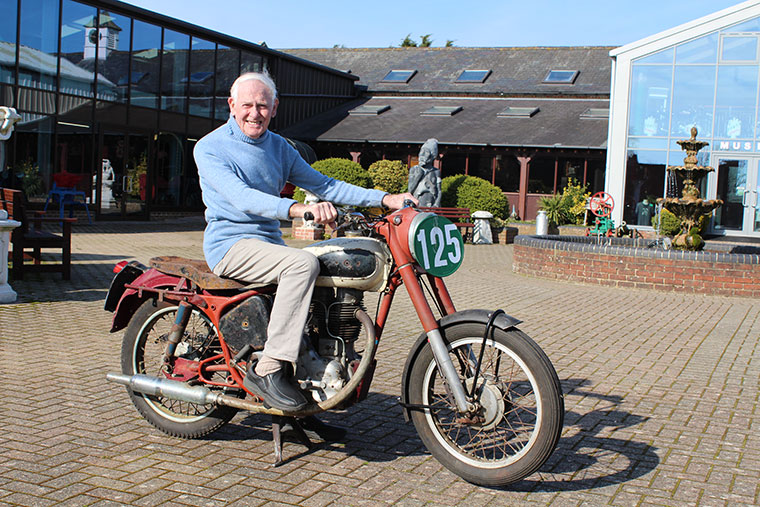 After finding the Ariel ISDT bikes which we are going to have an open day launch of, whenever Covid allows us, we will have Ron Langston, Gordon Blakeway and ‘yours truly’ at the Museum with their three Gold Medal winning Ariels where everybody can hear them running and meet the riders.

Unbelievably two weeks ago we had a phone call from a gentlemen who had Sammy’s 1956 350 Royal Enfield Bullet, his first ISDT in Garmisch, southern Germany. However, it did not win a gold medal, just a broken frame on the fifth day!

It has all the original documents, correct engine and frame numbers from when Sammy was riding it in the Irish Vase team.

The bike is now in the Workshop under full restoration and will also be on display at the launch of the ISDT bikes.