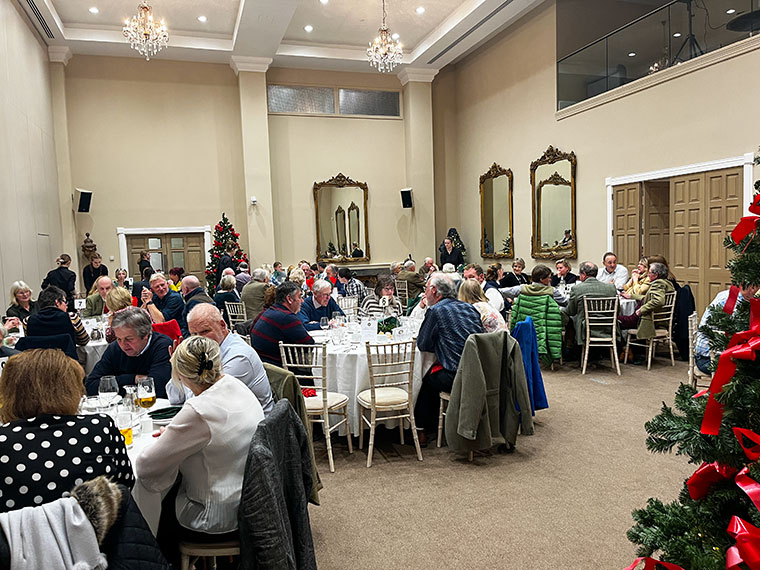 Richmond Motor Club held their annual Sunday lunch at Tennants in Leyburn to thank all of the landowners, tenants and gamekeepers for their continued support by allowing the Club to use their land to run trials throughout the year.

The day started with drinks in the top bar, followed by a classic three-course Sunday dinner in the Garden Rooms of tomato and basil soup, roast beef and trimmings and sticky toffee pudding with ice cream.

After the meal, Richmond Motor Club President Richard Coates thanked everybody for coming and emphasised how important the support is, as without the generosity of the landowners, the Club would not be able to run so many trials.

A raffle was drawn in the afternoon, which raised £410 for the air ambulance, a charity that Richmond Motor Club always hopes its members never need but is such a valuable resource when necessary.