The stage is set for the 2021 FIM X-Trial World Championship decider that gets underway at 17:00 local time in Barcelona’s Palau Sant Jordi.

Affectionately nicknamed the Cathedral for its unique place in X-Trial World Championship history, the Catalan capital will be the stage for the toughest title decider in the modern era. 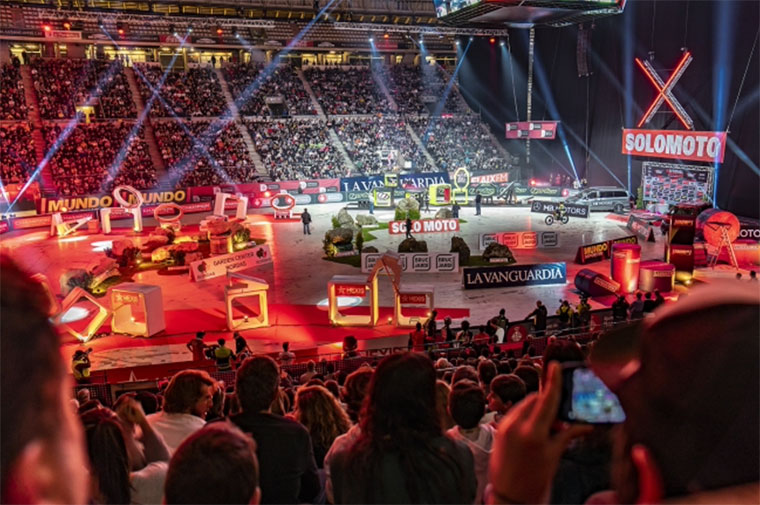 Toni Bou (Repsol Montesa-HRC), who has ruled the world for the last fourteen seasons, leads the Standings after a stunning performance at X-Trial Andorra la Vella less than a fortnight ago, in which he completed the final two laps without conceding a single penalty mark.  But a victory for Adam Raga (TRRS) under the roof of the Sant Jordi, where he has been a winner on no less than six occasions and claimed his most recent X-Trial win in 2019, would be enough to give the 39-year-old his fifth world title.  Of the new guard, Jaime Busto (Vertigo) is best placed to spring an upset at the venue where he made his X-Trial debut in 2015.  The Basque rider was third at X-Trial Andorra la Vella and occupied the same finishing position at X-Trial Barcelona in 2019.

Jeroni Fajardo (Sherco) also has fond memories of what is his home Round, having secured his first podium at the venue in his debut 2005 season and replicated that third place finish as recently as 2019.  Jorge Casales (Gas Gas) completed the podium at the Sant Jordi in 2020, although a similar result in 2021 will be a stretch after a challenging year for the Galician.

Man of the moment Matteo Grattarola (Beta) will be looking for his first X-Trial podium after only missing out following a tie-break in Andorra la Vella.  The Italian topped the scorecharts in the preliminary phase of competition and will hope to spring another surprise in Barcelona.

Meanwhile, Miquel Gelabert (Gas Gas) expects to be fit after his dramatic crash during Heat One in Andorra and will hope to bounce back swiftly in such a short season.  Likewise for the two youngest riders in the field, Gabriell Marcelli (Montesa) and Toby Martyn (TRRS), who were eliminated during Round One last time out.

X-Trial Barcelona is always an unmissable date in the calendar.  But if you can’t be there, follow all of the action live online with www.x-trial.tv

2021 X-Trial title to be decided in Barcelona