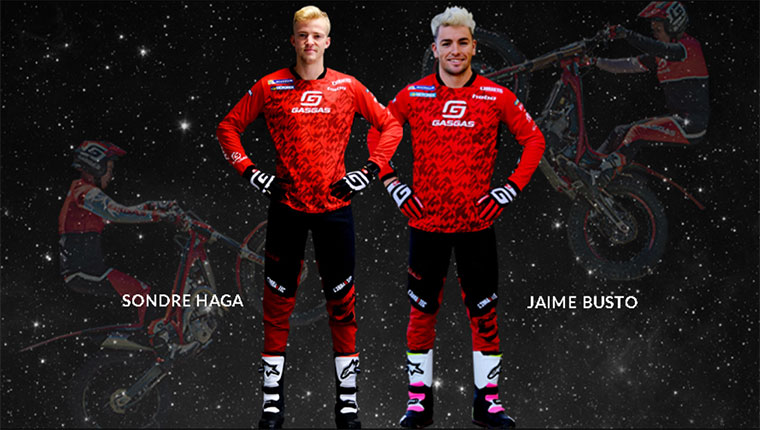 The DL12 Indoor Trial will deliver a World first on Saturday 7th January at the Utilita Arena, Sheffield as Jaime Busto and Sondre Haga break cover for the first time aboard their factory GasGas machines, with both riders having recently switched teams. Busto, fresh from having clinched the Spanish national title for a second time in a row and after taking the silver medal at TrialGP earlier in the year, has moved from Vertigo following his most successful season to date. The rider that many tip as being the biggest threat to Bou’s long reign, has rejoined GasGas having last ridden for the brand back in 2018. Under the watchful eye of now GasGas Trial Team Manager Albert Cabestany, who was triumphant himself inside the same arena in 2003, Busto will be keen to make a big impact on his World debut with his new team. Joining his new Spanish teammate, Norway’s Trial2 World Champion Sondre Haga has also made the move to the factory GasGas squad just a few months after collecting his first World title with Beta. The twenty-three-year-old Scandinavian has enjoyed two seasons of rapid progress with the Italian marque having previously ridden for TRRS. Living and training with the sport’s current longest serving rider – Adam Raga – has certainly brought its benefits during the last couple of seasons. Whilst not perhaps wanting to upstage his landlord and the two-time Sheffield winner, Haga will be hoping for a strong initial showing as he makes his own double debut, having never competed inside the famous Yorkshire arena before. Having unveiled new machinery on more than one occasion himself during his eight victories on home turf, Dougie Lampkin knows just how special it is to roll out in new colours in front of expectant fans: “Having both Jaime and Sondre make their World debut on their new bikes is really the icing on the cake for the British public, as there is nothing like competing for the first time for a new team on such a big stage. It’s going to be really interesting to see how they perform after what will have been a busy few weeks of training and preparation for both of them ahead of arriving in the UK.”