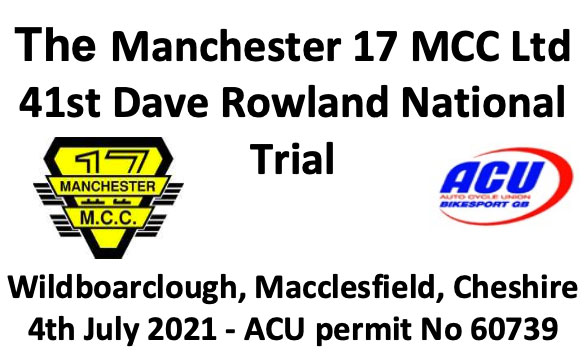 Manchester 17 Mcc returned to running traditional national events after covid related hiatus. Now in its 41st running since it’s conception, the previous event winners reads like a who’s who of Trials. Malcolm Rathmell the first winner way back in 1979, Steve Saunders first win in 1983 followed by his second twenty years later. Magical Mick Andrews in 1984, John Shirt Jnr look the first of 5 wins, spanning from 1988 through to 2004. The 90’s also saw wins from Wayne Braybrook, Dougie Lampkin MBE & Steve Colley.
Dan Thorpe took his first win in 1999 followed up by 3 further wins his last in 2017. Beta Factory Enduro star Jonny Walker took his only win in 2009 before his switch. The last two running of the event saw Richard Salder take his second victory with 2019 winner Richard Timperley making it his 3rd win. The early 2000’s saw the introduction of the Clubman class which has seen John Hulme take 3 wins between 06&09 with 4 Times winner Toby Eyre taking his last victory in 2014. 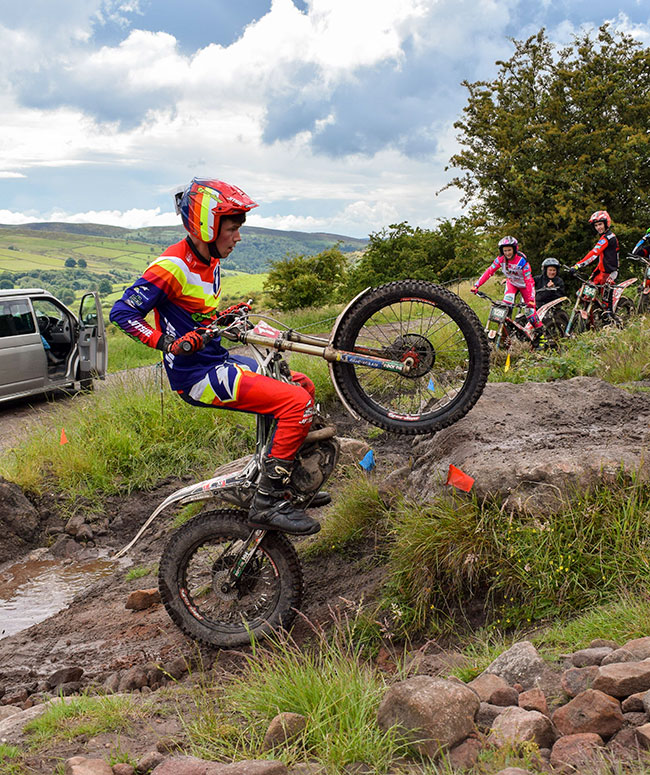 This year saw a bumper entry of over 140 riders, including a fantastic turn out in the main National class with twenty-four fighting out for the Dave Rowland Trophy. It was great to see a return to action by Gas Gas stalwart Dan Thorpe (JSM GG), after a back operation suffered a number of complications. Another rider returning from the sidelines was Richard Timperley (Camio Vertigo) who like Dan found himself needing a back operation. With the pair unsure how they would fair on their return, it looked to be 3 way fight for the win. 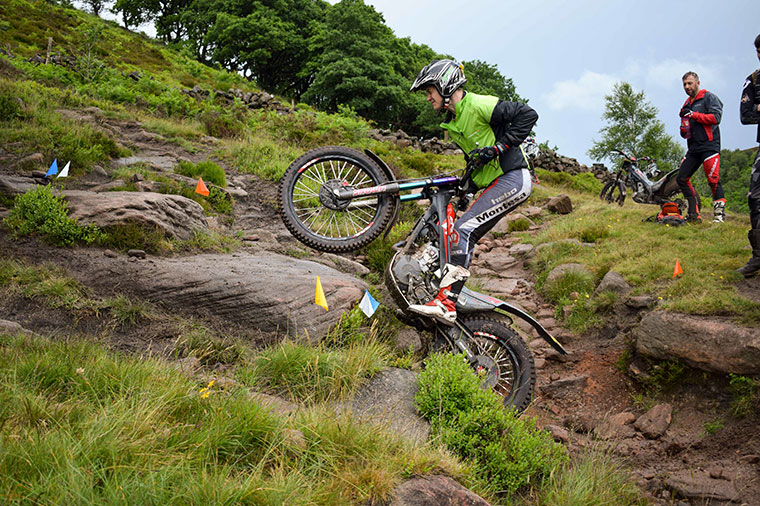 Chris Alford (BVM Birkett Scorpa) was in a rich vain of form after a win in the opening round of Trial GB expert class. Vertigo UK pairing Richard Sadler & Sam Yeomans the pre event favourites. The trio remained clean for the opening ten sections before they faced a challenging moorland climb out of the stream at Normans. Alford couldn’t complete the section to score a maximum with Salder getting through the ends for a three. Yeomans meanwhile produced a sublime ride to drop just 2 and thrust him into the virtual lead of the event. Equalling Sam on section 10 was Joe Collins (John Lee Beta) & Lakes resident Thomas Swindlehurst (G.S Sherco) making his first trip down to the Peak District. 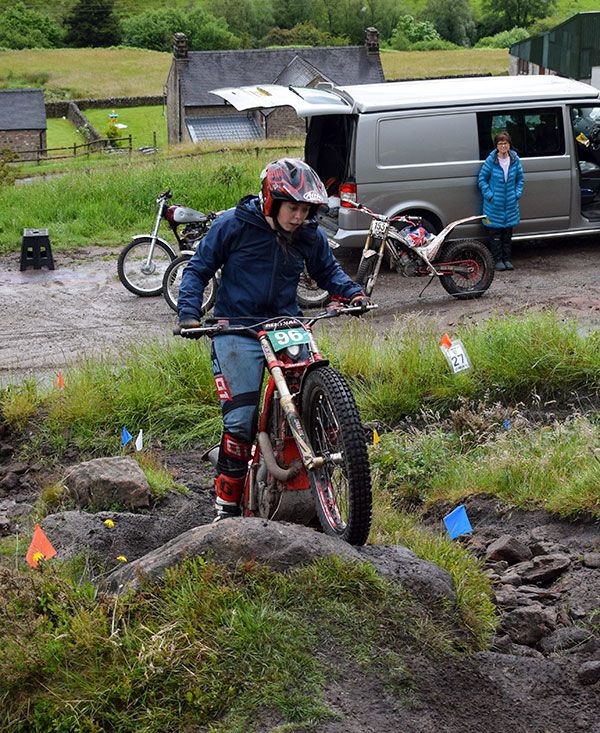 Yeomans & Salder fought it out over the remaining thirty sections with both riders notching up clean after clean including a tricky steep angled slab ending to section 21 at Ben’s Scaurs. Alford kept himself in contention with a clean, along with Thorpe who was having a safe ride taking a few steady dabs along the way. The only other clean of section 21 was Tom Hawthorne (Sherco) 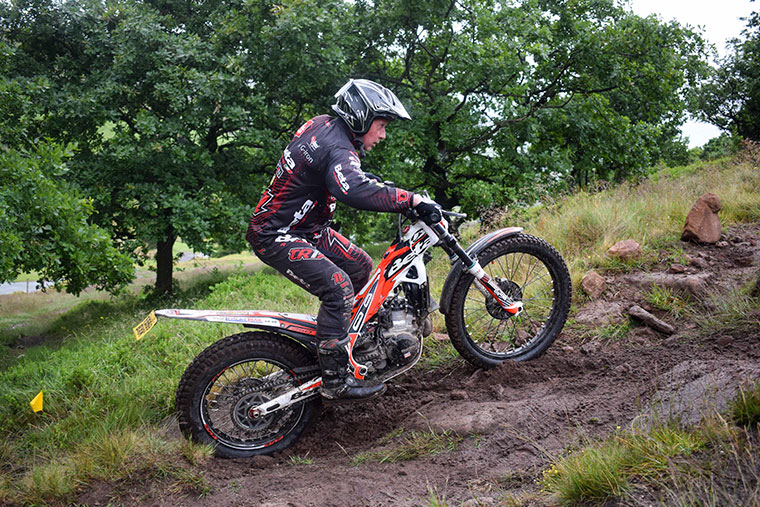 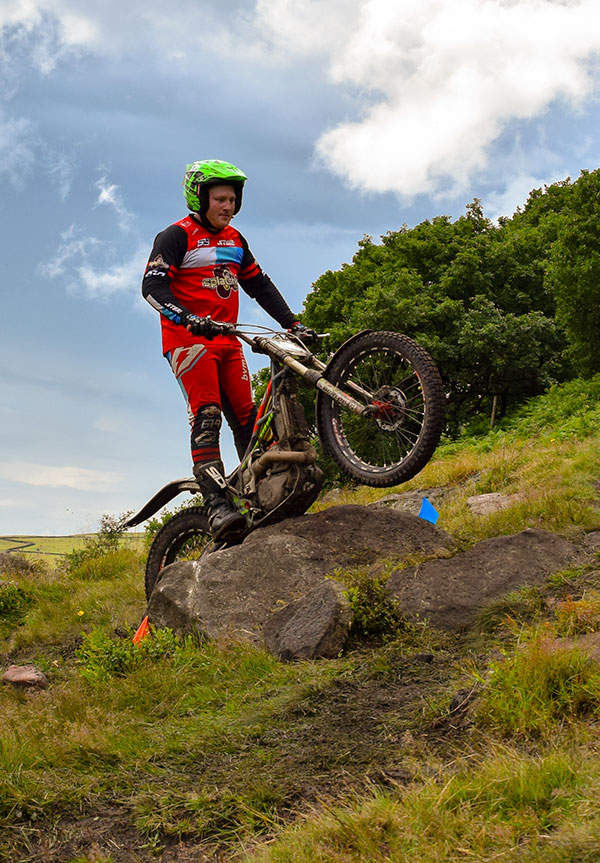 Forty-Five riders entered the 50/50 category. As always it would be closely contested class with at least ten riders all in contention for the win. Sam Atherton (JSM GG) Steve Swanson (John Lee Beta) & Darren Wasley (Gas Gas) were early leaders and went furthest clean to section six. Steve Bird (Gas Gas), Robert Loney (Beta), Katy Sunter (JSM GG), Big Mike McNiven (Vertigo) and Mick Thompson (Beta) were all in contention. Each rider dropping single marks along the way and the odd 2. Darren Wasley was having a trademark ride, using his years of experience until a shock 5 on what seemed to be an easy section put the win out of reach with Bird snatching the win by just 1 mark, Ten marks in total. Loney took third just a mark behind Wasley. Atherton & McNiven tied on 13 with the pair tied on cleans,1,2 &3’s with Sam taking the spoils by way of furthest clean. The class was tight throughout the results with the top thirty separated by 26 marks. 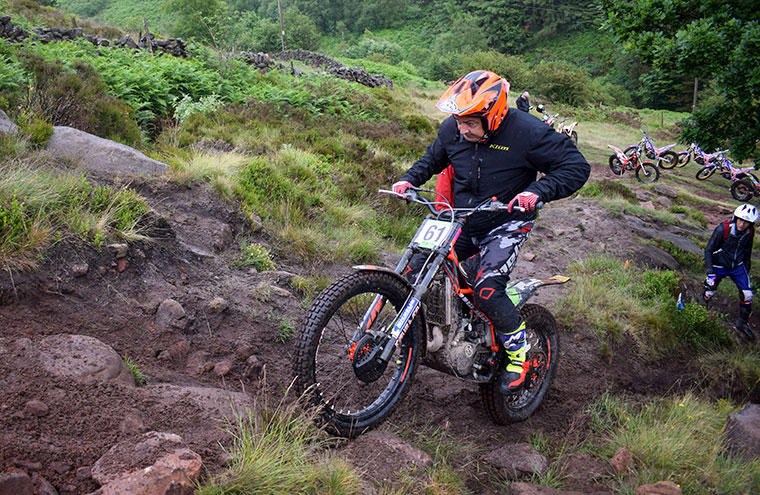 Seventy-Two riders contested the Clubman route. Following up from his 2019 Fisher Trial win was local lad Liam Robinson on his twinshock Greeves. Some ride on a machine a lot heavier and less powerful than a modern machine. Even a 5 on a tight rocky section at Cuckoo Gulley couldn’t stop Liam as he took the win with a five mark advantage over Ian Haigh (TRS) with Barry Roads(Vertigo) pipping Andy Turner (Vertigo) to third by just 1 mark. Andy Hipwell (Gas Gas) will be disappointed with fifth after far too many 3’s dropped him out of contention. Josh Brame (Beta) has a solid ride to round out the top six