The Spaniard came back swinging after the summer break to take his 5th podium of the season, another outstanding performance that allows him to strengthen his runner-up position in the provisional standings. 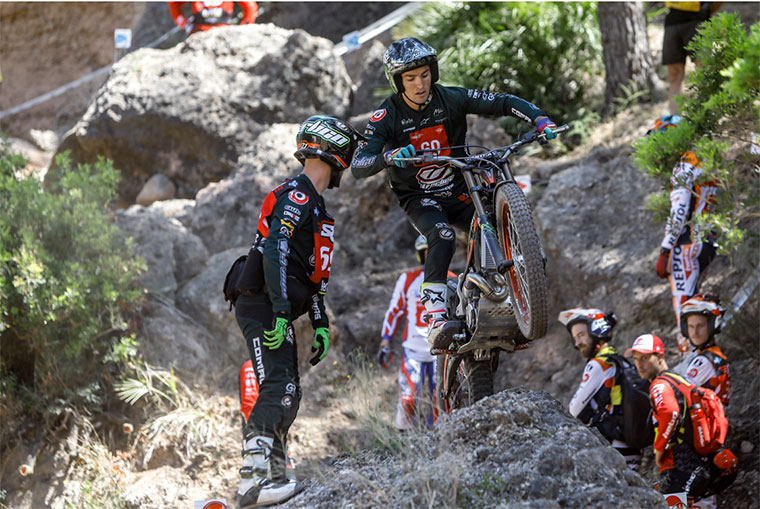 The TrialGP World Championship resumed this weekend after the summer break with the 4th round of the 2022 series in Comblain au Pont, Belgium, the first event of the year to hold only one point-paying day and a venue that celebrated its return to the World Championship calendar with a big turn-out of fans after a forced 2-year absence due to the pandemic.

In the premier class Jaime Busto continues to record impressive performances on his Nitro JB-R. On Belgian soil, he delivered yet another outstanding showing that saw him lead the most part of the trial after scoring the best opening lap with 12 marks. On lap 2 he could hold on until two fiascos in sections 9 and 11, two of the most challenging and demanding sections of the trial, made him drop to the 2nd step of the podium with a total of 35. Really positive weekend for Busto as the Spaniard collected his 5th podium of the campaign while extending his margin in the Championship over 3rd, now 22 points ahead with only 3 scoring days remaining.

Hugo Dufrese added another Top 10 result to his solid season with an 8th place in Trial2, which is the same position he currently holds in the provisional standings. Mattia Spreafico in 11th missed the Top 10 by only 2 marks, Pau Martínez was 16th. In the Trial3 category, Alfie Lampkin finished in 14th place.

The TrialGP paddock now moves to Cahors, France, for the penultimate round of the season set to take place next weekend.