Jaime Busto brought Vertigo its best-ever result in the TrialGP World Championship by finishing 2nd in the series. Vertigo could celebrate yet another runner-up result thanks to Theresa Bauml in Trial2 Women. 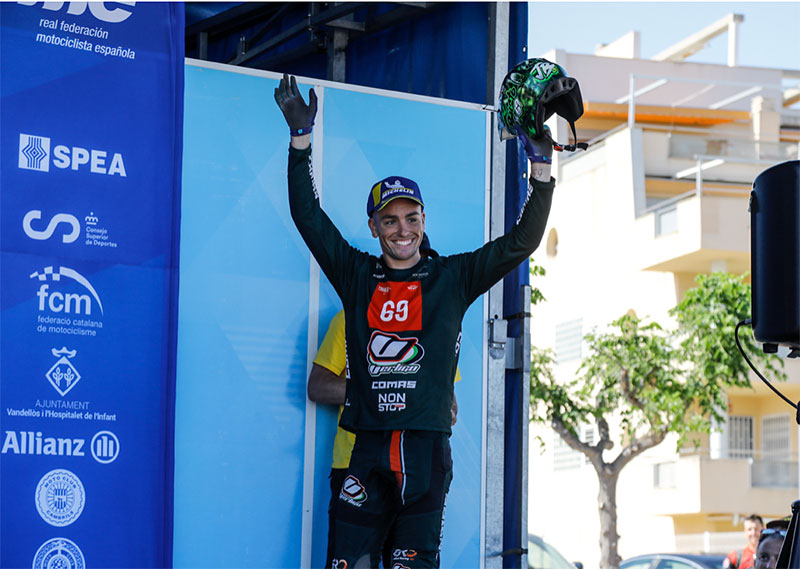 Exceptional TrialGP season finale for Vertigo in Ponte di Legno, Italy. First, with the presentation of the brand’s new 2023 models, the Nitro and the Dougie Lampkin Replica, in an event that took place on Friday in the paddock, then, with two intense days of competition that finally brought Vertigo and Jaime Busto their best-ever result in the TrialGP World Championship, managing to secure an historic 2nd place in the series. At the high altitude of Ponte di Legno, riders probably tackled the coldest event of the season, which added to some overnight rain, left sections in demanding conditions specially for the opening day of competition.

In the premier class, despite displaying all his talent and great technique in some of the most challenging sections, several fiascos prevented Jaime Busto from fighting for the top positions on day 1. On Sunday he was able to bounce back and even the opening lap still saw some mistakes, on the second one Busto found the flow and pace to add only 6 penalties for a total of 27, moving up from 7th on day 1 to a solid 4th just 3 points off the podium.

This combination of results was enough for Busto to secure 2nd in the TrialGP World Championship for the first time in his career, a milestone that also means the best-ever result for Vertigo in the premier class, which certifies the exceptional evolution of the green brand models and confirms the Nitro as the most competitive, reliable and technologically advanced 2-stroke bike in the industry. Throughout the season, Busto and the Nitro JB-R have managed to stand on the podium 5 times, in addition to the historic win in the opening round of the Championship at Hospitalet de l’Infant. 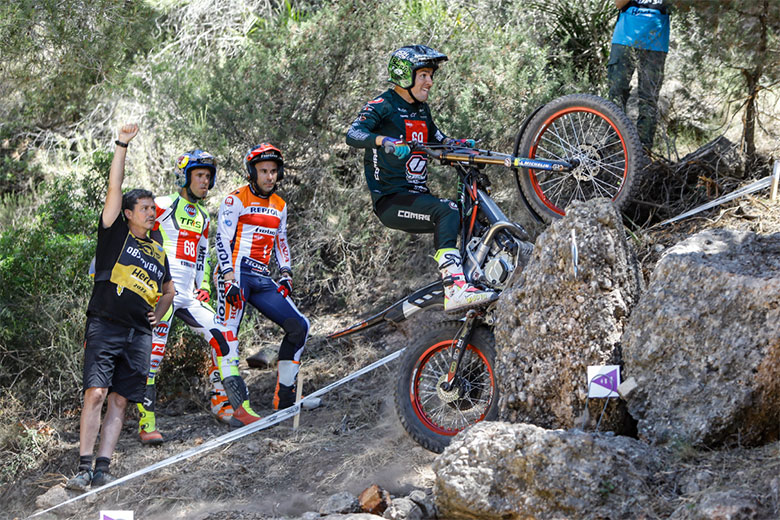 In Trial2, it was another positive weekend for Hugo Dufrese, 9th on Saturday and 10th on Sunday. The Frenchman only missed the Top10 in the season opener in Spain and finishes in a solid 8th in the Championship. It was also a good weekend for the local rider Mattia Spreafico, who managed to get his best result of the year on Saturday by finishing just ahead of Dufrese in 8th. On Sunday he ended the season with a 12th place. Pau Martínez managed to recover from a difficult Saturday to take 11th on the second point-paying day.

Vertigo had the opportunity to celebrate another runner-up result this weekend. It was thanks to Theresa Bauml, who was victorious on day 1 in the Trial2 Women class with Sara Trentini joining her on the podium in 3rd, and then, with the German rider taking 2nd on Sunday just ahead of her closest rival in the Championship. In the end, only 2 points separated Bauml from clinching the title. 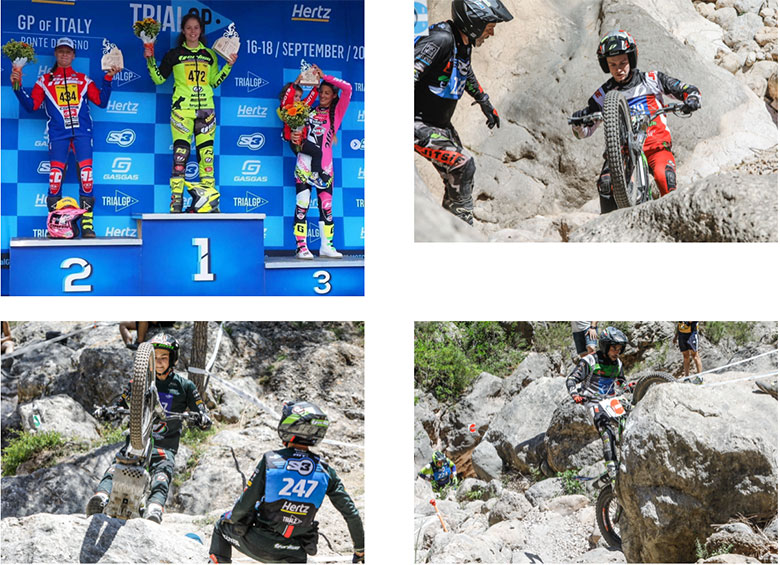 Vertigo wraps another successful season in the TrialGP World Championship and will be looking forward to adding more success in the coming seasons.