Victory and leadership for Toni Bou after an intense Spanish TrialGP 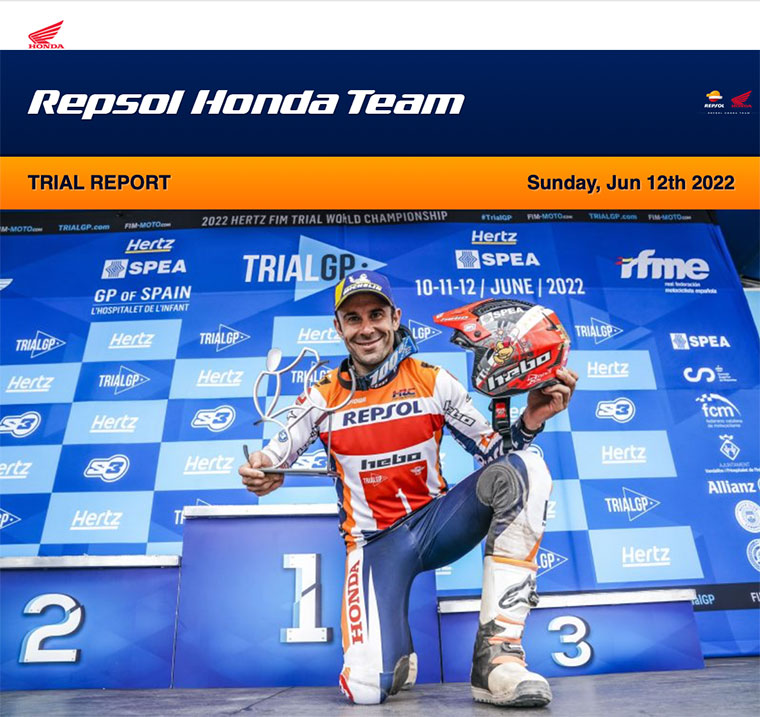 The high temperatures were once again the main feature of the second day of the Spanish TrialGP and tested the physical condition of all its participants to the limits. Toni Bou, first, and Gabriel Marcelli, fifth, both managed to put right some of yesterday’s errors, allowing them to improve on their positions today.

Reigning TrialGP World Champion Toni Bou appeared to feel far more at ease on the second day of the Spanish TrialGP, something clearly reflected in his marks. On the first lap, Toni Bou managed to finish first with just 3 penalty points, avoiding some of the more serious mistakes committed yesterday in certain areas. On the second lap, the Repsol Honda Trial Team rider received the maximum penalty mark in section 2, leaving the battle for the win to go down to the wire against Jaime Busto, who once again rode a high-level performance today. Despite this, Bou’s consistency and skill – together with some of his rival’s errors in the latter sections – tipped the balance in favour of the Repsol Honda Trial Team’s Catalan rider.

Gabriel Marcelli battled hard on day two against several riders who had shown a very similar riding level with very tight scores until the end. In spite of this, the Repsol Honda Trial Team rider finished the first lap in sixth position, rectifying some mistakes and avoiding the time penalties that had been so detrimental yesterday. On lap two, Marcelli was the fourth best placed rider, although the final score on the day saw him post fifth overall.

Next stop for the TrialGP World Championship will be next weekend, from the 18-19th of June, in another double-date event in Sant Julià de Lòria (Andorra).

I’m very happy because today I felt much better than yesterday. I felt more comfortable, but Jaime rode an incredible trial again today. We were both very good, we made very few mistakes and I was able to make the difference in section 4. If it hadn’t been for the fiasco that I had in section 2 on the second lap, I think it would have been a very complete race. Even so, we were stronger than yesterday and we were able to withstand the pressure. If I wanted to win, it was key to get it right in section 4 and, despite the pressure, I was able to do that. Jaime made things very difficult for us, he will be a great rival and Adam, even if it wasn’t his weekend, I’m sure he will be back and it will be a very tough championship.

Today was a bit more positive than yesterday, I was able to ride better, especially on the second lap, where I was able to close the gap. In the end, a fifth position is not bad, even if we were looking for the podium but, in the end, all the rivals are very strong and everybody wants to be at the top. I had some critical sections, such as sections 3 and 4, where I fived on both laps, losing quite a lot of points in those two sections. Overall, I think the balance of the weekend is positive; it’s not a bad start to the season, although we wanted a bit more.

From the first lap, both Toni and Jaime were perfect, there was very little difference between them in both the first and second laps. In the end, Toni won by just one point. There were moments when Jaime was ahead and then Toni recovered and took the lead over Jaime, but the day was very tight between the two of them. Toni managed to withstand the pressure and that was the key for Toni Bou. In the case of Gabri, he had problems in section 3, where he had two maximum marks, and I think that hurt him mentally and he lost his rhythm from section 3 onwards. In the end, yesterday’s sixth position and today’s fifth place is not a disaster, although he will have to prove in the coming trials and have the level to be in the top three. 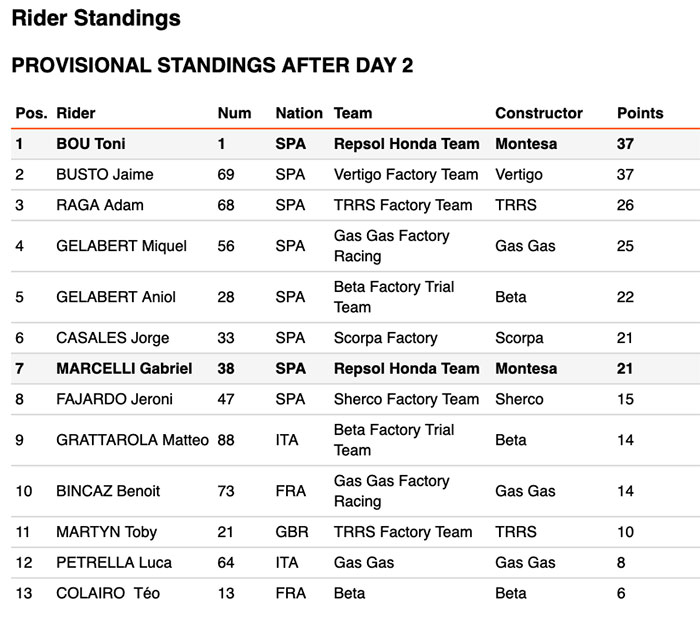 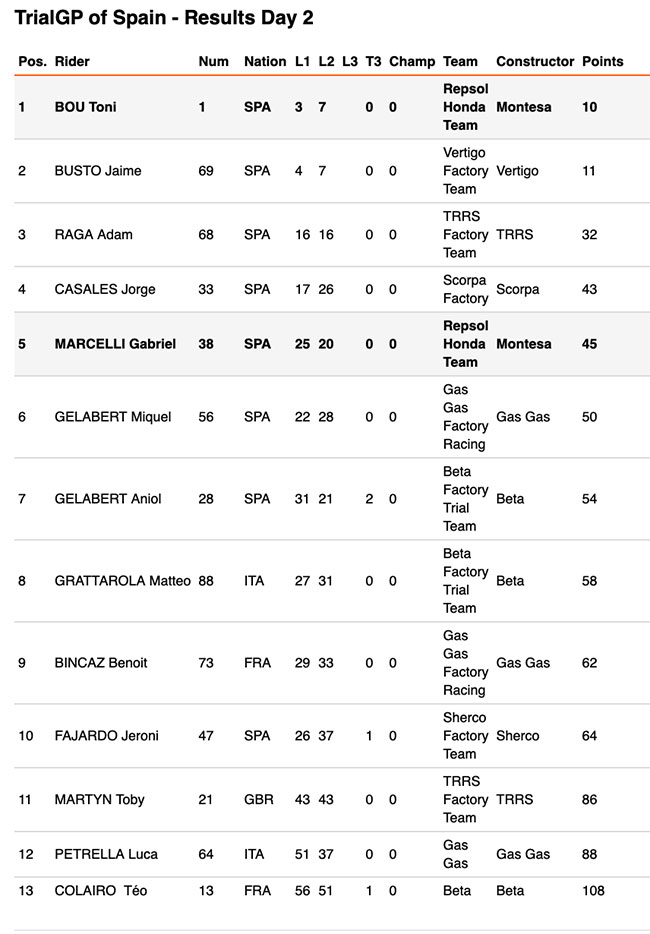