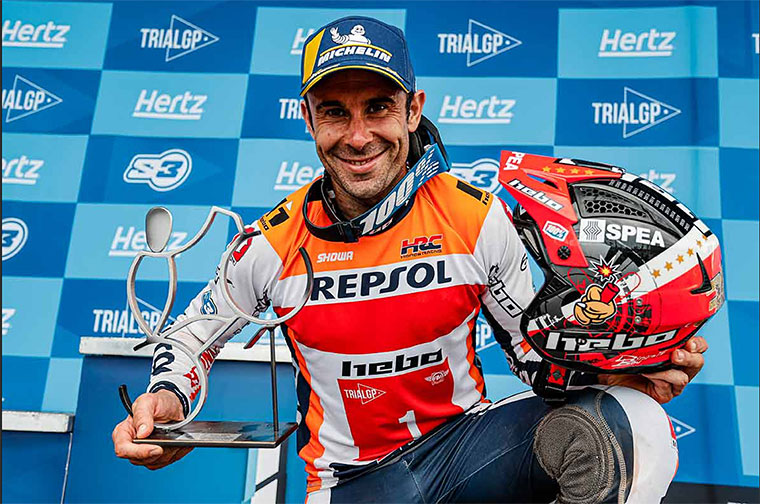 The Trial World Championship has started this past weekend in Hospitalet de l’Infant, Tarragona. The high temperatures throughout the weekend have made the TrialGP of Spain a test of high level and physical demand for all riders.

In the maximum category, the HEBO rider of the Repsol Honda Team, Toni Bou, got a second position on Saturday in his defense of the world title. Bou made a few too many mistakes that prevented him from taking the final victory. His teammate, Gabriel Marcelli, finished sixth in a tough day for the Galician rider.

The HEBO rider of the Gas Gas Factory Team, Miquel Gelabert, signed a spectacular 3rd position on Saturday after leading the classification for much of the day. His team-mate, Benoit Bincaz, took 9th place at the end of the day.

The reigning world champion found a better feeling on the second day of the TrialGP of Spain. After a very close finish with Jaime Busto, Bou took the victory and the lead in the Championship.

Marcelli also improved his scores and got a 5th place followed closely by Miquel Gelabert, being further away from the final podium. 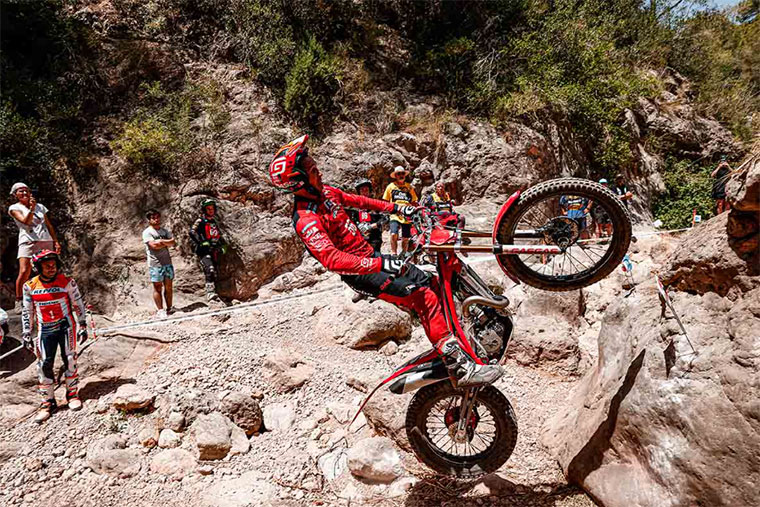 Toni Bou: I’m very happy because today I felt much better than yesterday. I felt more comfortable, but Jaime rode an incredible trial again today. We were both very good, we made very few mistakes and I was able to make the difference in section 4. If it hadn’t been for the fiasco that I had in section 2 on the second lap, I think it would have been a very complete race. Even so, we were stronger than yesterday and we were able to withstand the pressure. If I wanted to win, it was key to get it right in section 4 and, despite the pressure, I was able to do that. Jaime made things very difficult for us, he will be a great rival and Adam, even if it wasn’t his weekend, I’m sure he will be back and it will be a very tough championship.”. 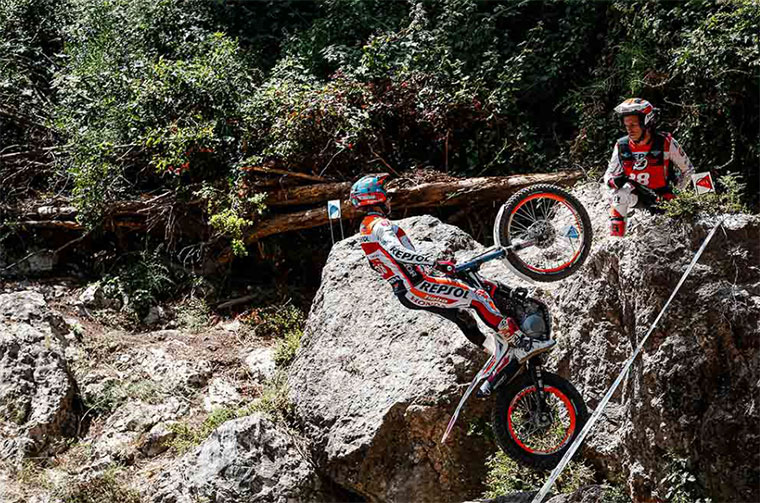 Gabriel Marcelli: “Today was a bit more positive than yesterday, I was able to ride better, especially on the second lap, where I was able to close the gap. In the end, a fifth position is not bad, even if we were looking for the podium but, in the end, all the rivals are very strong and everybody wants to be at the top. I had some critical sections, such as sections 3 and 4, where I fived on both laps, losing quite a lot of points in those two sections. Overall, I think the balance of the weekend is positive; it’s not a bad start to the season, although we wanted a bit more.”

The Montesa Talent team rider, Pablo Suarez, signed two first positions in both days of competition, getting points of great value for the overall championship.

The reigning 125cc World Champion, Jack Dance, made a great debut in his new category with two top 10s. On the other hand, Gael Chatagno, HEBO rider of the Electric Motion team, made an incredible race finishing in 4th position on Saturday with a fully electric motorcycle. 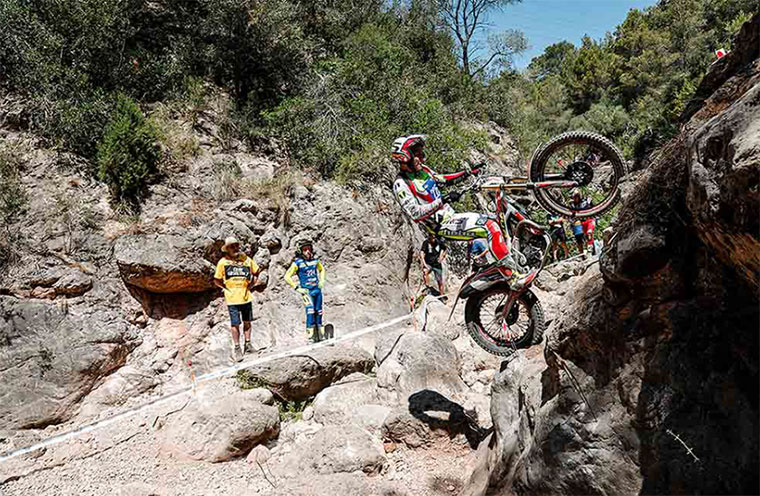 In the Trial 3 category, Harry Hemingway, HEBO rider of the Beta Factory Team, started the championship with a solid victory during the first day and a second position on Sunday. The current championship leader had a near perfect weekend. 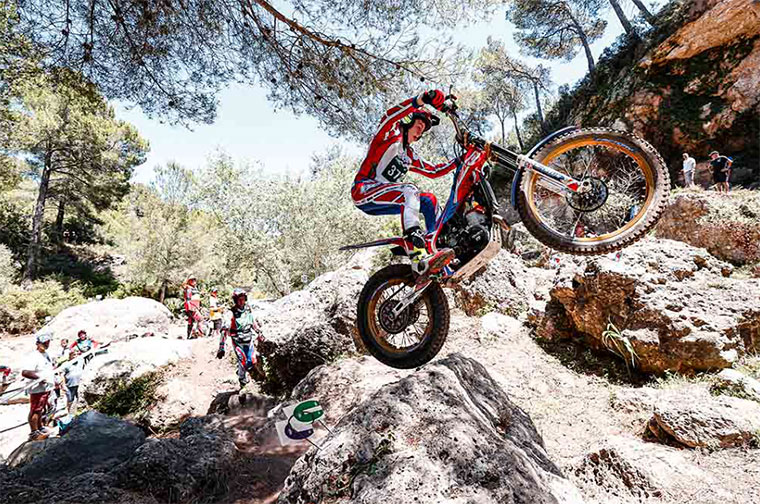 TWO PODIUMS FOR TRRS IN THE GP OF SPAIN